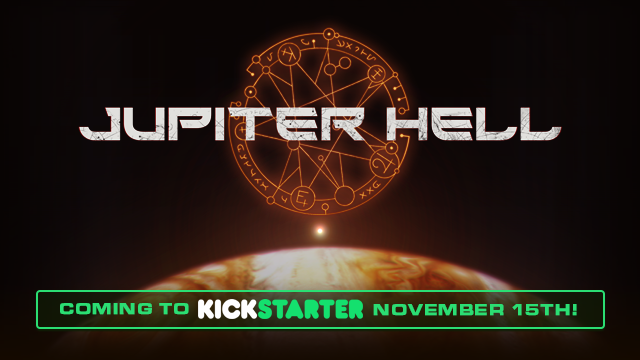 The time is approaching… Jupiter Hell will be making its way to Kickstarter on November 15th. And to celebrate this announcement we’re releasing a new teaser trailer:

Here you can finally see some snippets of Jupiter Hell gameplay in action, hear some of the glorious metal soundtrack being composed for the game, and also treat your ears to the growling tones of Mark Meer, aka Commander Shepard of Mass Effect. We are very proud to announce that Mark is acting as the voice of the marine in Jupiter Hell!

We’re getting hugely excited for the upcoming Kickstarter, with more videos and details to come in the campaign. Make sure you’re on board for the ride and stay up to date through our newsletter, Twitter, Facebook, Forums, Reddit and Twitch!