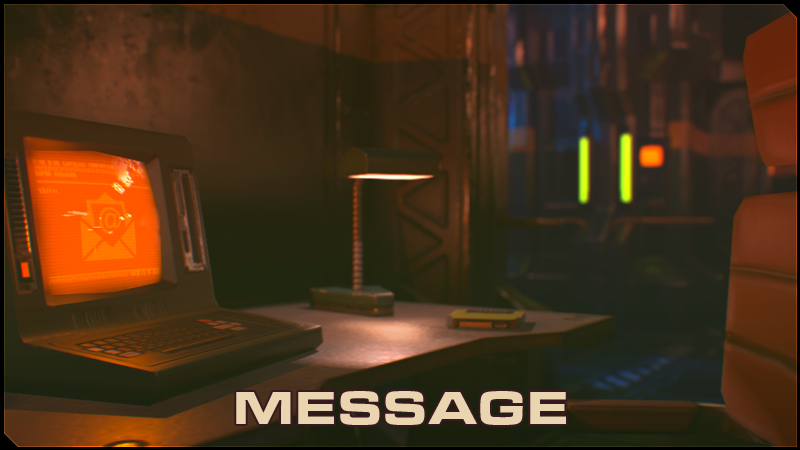 Jupiter Hell 0.9.8 "Message" is live! The four major features of this version are the terminal messages (and their Journal storage!), intermission screens, buffed AV items and improved exotic weapons! See for yourself!

Apart from being a lore source, this is also the first stage of Jupiter Hell's take on "quests". Some of the messages you'll find will have information on items, events or other content that is available later in the levels, possibly affecting your branch choice. In later versions these will become more complex, up to full "quest" chains.

Don't worry, the important shit is highlighted, so you can safely ignore all the
useless flavor text
immersive narration ;)

All messages that have information related to the gameplay world can be downloaded to your journal. All plot exposition-only messages are grayed out.

What would be a Doo^D^D^D... shooter roguelike without intermission screens? At the end of each moon you get a screen highlighting your kill, loot and special level completion count, along with a rolling tally.

When was the last time you were excited by a AV1 drop? Well, from this version on you might decide to take a closer look at all of them. We decided that AV weapons will have fewer traits but definitely stronger (in particular stronger effects than those you can get from mods). AV1 weapons have one common perk, AV2 have two, and AV3 weapons have one common and one advanced perk. Oh, didn't mention - perks have now rarity tiers - common, advanced and exotic ;).

Not only did we do a balance pass on all the exotic weapons to make them something a lot more exciting to find, we also gave EACH exotic its dedicated unique perk. Some of those are really interesting and fun, and give each exotic its own personality.

We nerfed a bit the two outlier perks in the mod selection to make builds less reliable on Whizkid, and decreased the modability of some weapons, especially AV ones as they roll with much stronger perks now. We've also split elemental immunity sources into resistance and full immunity. Two resistance sources will usually give you immunity. As far as buffs go, there's a lot more terminals, stations etc in the game, as well as extra stuff to find from message sources, and a guaranteed Mk1 manufacture station on Europa L1. This is even more useful, as now you can manufacture some rarer base weapons (the orange kind) at those stations too.

Oh, and the non-AV findable melee weapons got buffed!

Several small things have been fixed, but most importantly we've addressed various issues related to inaccessible rooms and vaults blocking paths to terminals.