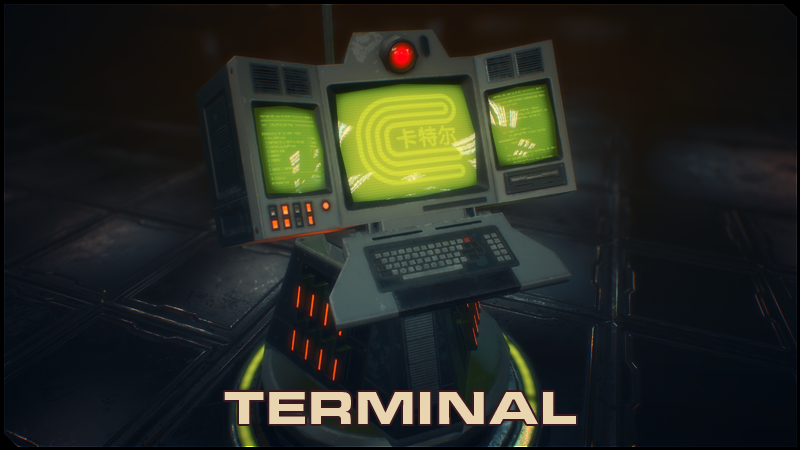 It's been a bit longer than usual, but we're back to present you a new release of Jupiter Hell - 0.9.6 Terminal! This release features upgraded terminals, enhancements to hacking, stacking elemental damage, 20 new weapon/armor perks, revisited mod pack perk lists and more!

Apart from obvious visual changes, there are also new options, as well as reorganizing old options into modules. You can extract multitools from terminals and stations with charges, but you also can charge terminals with the multitools you have - hence multitools become a universal currency that can be traded for terminal bonuses, health upgrades, mods, ADV equpiment, 'nades or ammo :). You'll also notice that terminals now have more information about their options and the environment. We're also preparing everything for further expansions, expect at least one more top-level module!

Most notably, we added the Broadcast option, with information on currently hacked bots, and the ability to mass send commands. Remote Hack will bring up the Broadcast interface if no valid target for hacking is present. Additionally, we improved the behavior of the current commands like HUNT and WAIT. Finally, and probably the most important QOL change gameplay-wise - you won't accidentally hit your bots, nor will they accidentally hit you! Oh, the glory of IFF protocols :P.

Stacking elemental damage
Fire, Bleed and Poison now stack. Be wary as this is a very double-edged sword! This brings elemental perks, items and skills to a whole new damage potential, and gives more value to protection perks, stims and medkits. Let's just say that after the first iteration, we had to give the Summoner some poison resistance, as he tended to die from just one gas grenade :P.

New perks and mod pack lists
Each of the 3 basic mod packs (power, bulk and accuracy) now has 5 possible perks - to get to the last (usually strongest) perk, you'll need Whizkid 2. We noticed our perk pool was quite weak with some options - especially shotguns, launchers and helmets, so we added 20 (!) new perks to the pools. 18 of those are accessible via standard mod packs.

The new perks have also been added to the ADV weapon/armor/headslot potential roll lists too!

Grenadier
Finally, as this seems to be a release where Technician finally gets some love, we decided to give him a new Grenadier trait as an icing on the cake :).

Minor changes
The FAST keyword on exalted enemies (especially reavers) has been nerfed. Acid and plasma damage won't damage armor as much as it did. Also, grenades will no longer accidentally hit cover right in front of you (sorry Blind!).

Next release will be 0.9.7 Expanse, where we will expand the length of the episodes to 7 levels each, add a new tileset, new branches, and overhaul the exotic weapons! The release should be out the 11th or 18th of January - stay tuned!
SHARE NEWS ON: fb tw
◄ PREVIOUS NEWS
NEXT NEWS ►
chaosforge hs
nova
steam gog humble ks yt twitch reddit discord tw fb