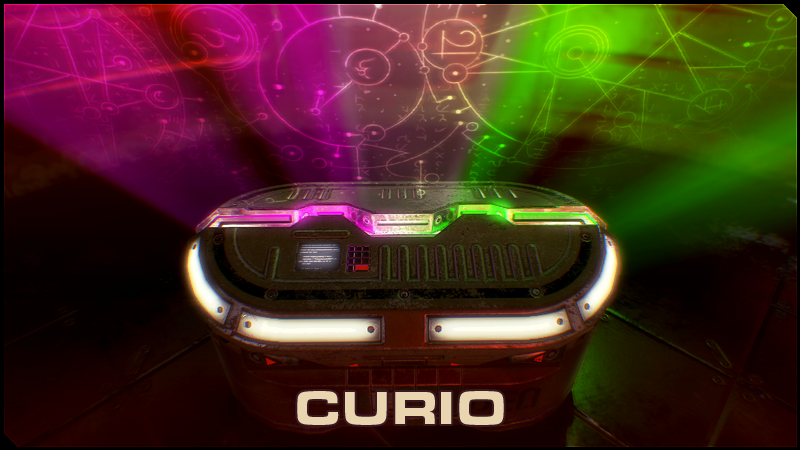 Jupiter Hell 0.9.11 "Curio" is live!
The highlights of this release are potentially run changing new powerful drops - unique weapons, armor and helmets and minor and major relics for the new relic slot! Additionally UI/FX improvements and the regular update of balance changes and fixes (yes, we fixed the Apple M1 white background finally!). See for yourself and read all about it below!

Note that the changelist might be a bit smaller than the previous updates - we've been working hard this release cycle to make Jupiter Hell fully translatable - you'll be hearing more about this soon!

A whopping total of 26 unique items have been added to the game! These are not your run of the mill advanced items, or even exotics. Each unique item comes with its own unique perk, and moreover can be improved by using it. Each item is potentially a game winning item, and even if it doesn't fit your build, it might make you consider changing it, or be a great backup tool.

One unique item is guaranteed to appear if you clear out all encountered special levels. Another may rarely show up in the wild (sometimes more, especially on the lower difficulties). And there's one more guaranteed way to obtaining a unique item - secret, but a hint may be found in the changelog below ;).

Additionally, for those privy to the secrets of the Shattered Abyss - the demonic sword was elevated to Unique status ;).

Finally there's a new Player Data page that lists all the uniques and relics you've found, additionally to exotics too (although unfortunately this is not retroactive, as we didn't gather this data before).

Relics may significantly change the way you play a run, especially ones of the major variety. You do however need to keep in mind their downsides as one can easily drown in the power given by some of them. Just like with uniques, an early interesting relic drop may even change your build!

Single shot rifle fans didn't have an upgrade post-sniper rifle, so we added the CRI rail rifle - basically a nerfed railgun (which coincidentally got a buff too!).

If you can't find one, you can probably manufacture one at a station, whose weapon lists have been tiered towards the moon they generate on. You can also manufacture red keycards there (under Manufacture base items), if you're going for the big weapon in CRI Armory/Blacksite Vaults!

CRI backpack is now a permanent upgrade. If you pick it up, it shows up in a section below equipment dedicated to permanent effects - where also things like Wish effects and Medusa's Curse appear.

As a quality of life change we added revealing all icons that are on explored space when you clear the level.

Most prevalently we've added an interline to the UI font rendering, made it pixel-perfect and toned down the chroma abberation. New options for UI window transparency and minimap transparency have been added.

In-game FX also got a facelift - most notably the in-world icons will nicely appear and disappear from view and rocket-like effects have got improved too.

Localization implementation had a few nice side-effects - the mortem kill list respects proper plural forms and is rendered in nice sorted dual columns, and everywhere the game refers to keybindings (tutorial, help, hints), it will respect your non-default keybindings. Oh, and you can disable the written profanity too!

We've noticed that people sometimes fear the regular medusae more than the arch and exalted variants, so we nerfed the regular variant a bit and buffed the special ones. We also nerfed the EXPLOSIVE ravager exalted perk (they now need to reload like everybody else does).

7.62 sniper got a slight nerf with the appearance of the CRI rail rifle, and railgun got a buff.

Several minor bugfixes have been made (full changelog below), but the one we're most happy with is finally fixing the issue that has been making the screen white exclusively on Apple M1 laptops. It was not us, it was them :P (or MoltenVK).

Rest of the major bugs fixed are listed below.

Full release data is getting near and the Forges of Chaos are working at full steam. Expect the next release in 2-3 weeks!