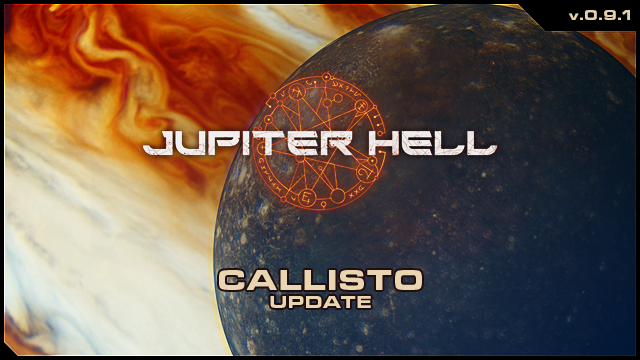 After a longer break where we stabilized 0.9 and took a bit time off it's time to get back to scheduled releases! This time we look at the first episode of the game, adding a new enemy, new tileset, new branch and new special level. Read all about it below!

But before we do that, we're happy to announce that we're running an AMA on the r/Games reddit, that will be starting exactly an hour from now (11 AM PT/8 PM CEST), be sure to check it out!

Probably the most noticeable addition this release is the new Callisto branch, Mimir Habitat, sporting a new civilian and very retro sci-fi flavored bright visual tileset, be sure to visit it as soon as you can! Next version two branches from the current set of three will be available each run, but this version we've set Mimir to always appear so you don't have to be on the mercy of the RNG to visit it. As all branches it is finished up with a new special level that shares similarities with Valhalla Command, but has its own unique twist.

Callisto all lit up

As the initial idea behind the tileset was to make Callisto more brighter, we also took care to improve lighting on all main branch Callisto generators - this is more or less noticeable depending on the generator, but you'll definitely notice it!

To improve early game we also have a new robotic enemy (yes, it's hackable :P), that power-wise sits in the gap between drones and security bots. As with all upcoming enemies it has variants and unique behavior twists (we'll be revisiting some old enemies later too) - speaking of the old security bots, they now slightly differ between their Callisto, Europa and Beyond variants - most importantly the Callisto ones are a bit easier to deal with.

Another set of 0.9 balance changes is also in, starting with inevitable nerfs to Wizard smoke cooldown and Entrenchment damage resistance values, but also removal of Onslaught accuracy penalty, a bugfix that significantly improves Onslaught and Gun Kata targeting and a new terminal (BTW, all terminals have a new model now) that appears rarely but also in set places that helps with ammo consumption issues. Some nasty spawn situations, like Anomaly and Containment in-your-face reavers, have been also improved.

When manual targeting you now see the name of the tile you're targeting and you can use SHIFT to actually see what an item is from a distance (basically doubling as a typical roguelike look mode). We'll add more enemy information to this mode at some later point in time too.

Issue with time passage and terminals/stations has also been resolved, as well as terminal and inventory no longer exiting on action (the latter only if there are no enemies in sight).

The next update might come as soon as in two weeks, tentatively it's named 0.9.2 Vision, and will have further improvements to the variety of early game and possibly an improvement pass on Europa. Stay tuned and tell us what you think of this release!