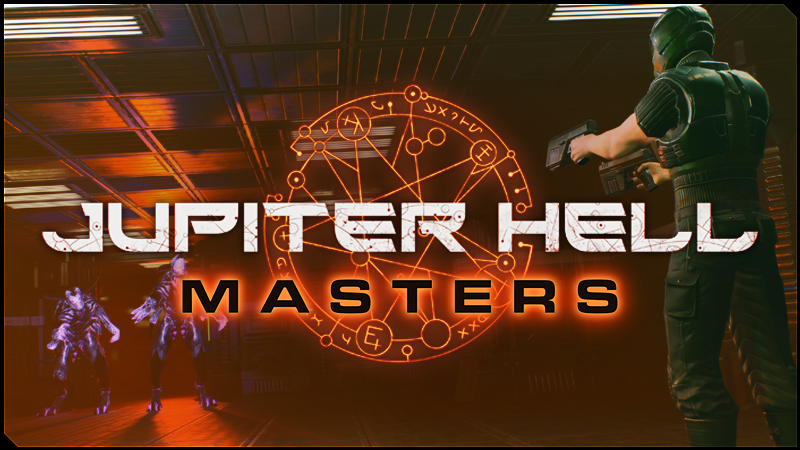 But before we get to the meat, this is our most important release up to date and we want to reach with it as many people as possible! We've set the price -20% off, and would be honored if you'd help us spread the news among friends, communities and your favorite streamers! Only YOU can really help us out with this quest!

Also, if you want to discuss master builds, be sure to join our Discord Server :)

Fifteen Master traits have been added, five per class. Some of them are generic, some of them tailored toward a particular weapon group. All of these have 3 trait levels that can be picked -- one each at level 7, 10 and 13. Contrary to prior updates, Master traits have relatively few requirements (3 or 4 traits), and do not block any other traits, for maximum build flexibility.

Apart from that, some of the existing non-master traits have been changed or removed, and a new Eagle Eye trait is present in Scout.

Masters obviously shake up the game a lot, and we tried to compensate balance for it (see below), but generally we kept most of the traits on the overpowered side -- expect more balancing in future updates :P

To provide more early-game variety and fill up some gaps in weapon types vs available ammo, we added 6 new weapons that are alternatives to current common weapons:

All of the above have ADV variants (which now show their tier in the name, i.e. AV1, AV2 and AV3), and are sometimes carried by regular humanoid enemies.

Chaingun has changed! To give the chaingun its own niche among other similar weapons, chaingun now ramps up to its full damage potential after two turns of uninterrupted firing, represented by audio and visual effects, and a Spool-up status effect. Pick Marine's Onslaught master trait if you want to move while mowing down enemies!

Speaking of the chaingun animation, we've also made a general pass on animations in the game - the player's body now rotates separately from the legs when firing and aiming, movement is smoothed out, rotating weapons actually rotate, and other miscellaneous animations were fixed.

Several minor UI improvements have been made -- health bars now show what damage was done since the last turn, required traits in trait descriptions are highlighted red or green depending on whether or not the requirements are already met, and weapon statistics have been made more compact, and now include explicit weapon-group information.

The inclusion of Master traits caused us to take a significant pass at game balance. In general, we made early-game a bit easier (especially on Medium), and significantly buffed all late game enemies to offset the power of Master traits. Also, there are more enemies in general post-Europa (scaling with difficulty).

Last (but certainly not least), we fixed plenty of bugs, and we eagerly anticipate fixing the ones that will inevitably popup in this release with the amount of added mechanics :P.

That's no moon, it's a changelog!

The next version, 0.9.1, will be on the lighter side in terms of content; we'll focus on balancing this update and adding more content options to early levels and their respective generators. It also might come a little later than normal, as I definitely need some Zzz.....