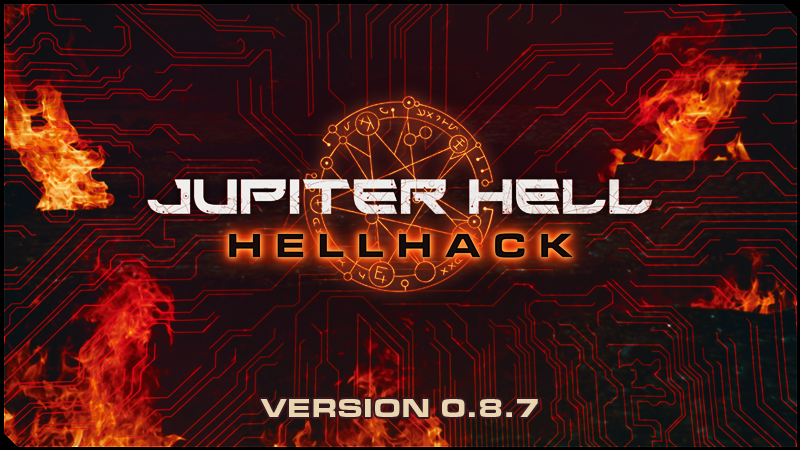 Introducing Jupiter Hell update 0.8.7 a.k.a. Hellhack! To celerbrate the new update we're putting the game on a -20% discount for a week - perfect moment for you if you'd like to help us promote the game :). There's a lot to go through, so lets jump right into it!

Annoyed by drones getting in your way? Tired of those turrets chipping away your health? The big bad security bot giving you nightmares? Time to turn the tables!

You can hack any mechanical enemy by bumping into him. This brings up a hacking menu, where if you have enough multitools (which replaced repair kits) you can either disable the enemy (cheap) or hack it to convert it to your side (expensive). Scouts and Technicians have access to the Hacking trait which dramatically reduces the cost of bot disabling and hacking. Finally technician only has access to an Active trait that can perform a hack remotely!

Both a successful disable and hack gives you the enemies experience (hack twice as much!) and the items he had. The hacked enemies continue their previous wandering - later we'll probably introduce a way to make them follow you or even take more direct control :).

Terminals now appear not only on levels that have a vault. The reveal map option has been boosted, and marks stations and loot boxes on the level. A new option allows you to download tracking data, permanently revealing the enemies on the minimap. Finally through a terminal you can remotely mass disable/hack the turrets on a given level!

Dismantling is no longer reserved to the Technician, anyone can perfectly dismantle a modded weapon as a new option in tech stations. Additionally you can extract the new multitools from them.

As an option for the utility slot you can find a Backpack raising your inventory space. So does (although to a lesser degree) a new perk for armors!

Each class gets its own scouting trait - which reveals more info on the minimap. The Technician has one to sense terminals and stations, the Scout has one to sense loot chests, and the Marine gets Bloodhound, allowing it to regain minimap info on enemies he already saw (useful for baiting!).

We've done quite a bit of minor UI improvements (full list in the changelog). Most notably you can ESC-exit out of most in-game menus now, and items created are put directly into your inventory if space is available. You can also reorder your weapons on the Equipment screen!

Not to leave the trusty Marine underpowered due to all those hacking changes, we've given him Ironman back, and moved to him the Field Medic perk!

We've done a significant balance pass that should make EASY and MEDIUM difficulties easier. We've also buffed SMG's and pistols and made cells stack up to 100. Ammo found in boxes is in larger stacks, and gray lootboxes drop more stuff!

There haven't been many bugs introduced in the last update but we still nailed a few :)

Next version should drop at the end of the month (or beginning of the next), and will either be about Melee or Dualgunning :). We want to wrap those two up, so before February ends we can finally implement a long awaited feature - Master Traits! If need be, hotfixes will be deployed within the next days. See you next version, and help us spread the word :)