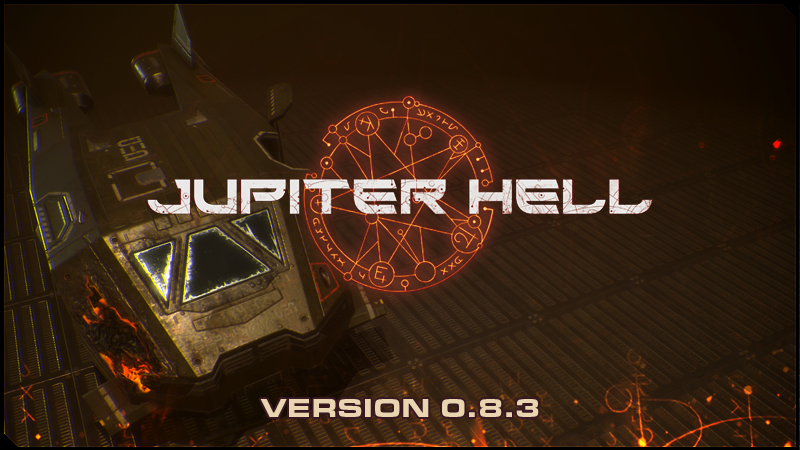 This release has some significant gameplay changes that will shake the meta! The tl;dr: we removed Eagle Eye, added Aim action and new traits, revisited and improved "transition" levels (first and last levels of a moon), improved manual targeting, balanced a shitload of stuff and added plasma ravagers. A more detailed description follows!

Accuracy
We've rewrote the accuracy calculations and decided it's time for a significant changes in this territory. Following our design goal of not having traits just increase numbers, we've removed Eagle Eye. In turn we added a new basic action, Aim, activated by waiting (the same as hunker - you can have both now!). It gives a whopping +50% to accuracy (up to 100% after two waits). But there's more - several new traits have been added instead! Marine got Focused fire (+10% accuracy to every next successive shot if only shooting), Scout got Deadly precision (your Aim bonus is also a bonus to critical chance) and both Scout and Marine got Steady shot (retain the aim bonus after shot). Technician already benefits much from Aim synergy with Hunker, so we gave him a different trait - Tinkerer (+2 charges on stations).

Looking at aim we obviously looked at cover too, now accuracy always helps to avoid cover properly - this fixes a few wierd behaviours too! At the same time we noticed problems with shotgun damage vs cover. Movable cover was taken into account, but wall cover wasnt. We decided to go halfway - cover affects damage, but only half as it affects accuracy of weapons. To offset shotgun stopping power, we increased basic shotgun damage.

Manual targeting
Accuracy also made us take a look at manual targeting. Now the last manual target is remembered unless you move, and as a bonus you can see the health of inanimate objects! I hear rejoicing from blind fire abusers, but hold your horses - aiming at stuff you don't see no longer takes accuracy into account (how can you aim at what you cannot see?) and has the standard -50% to hit penalty against things that are not targeted.

Weapon/Armor mods
Further on the balance train we also took a look at modding. We decided to reduce the mod capacity increase of Whizkid to +1, but to offset that we decided to allow everybody to mod exotic (magenta) weapons with one mod. The idea is that due to overmodded basic weapons there was no place for exotics or ADVs in the meta unless you were a Technician (who can still multi-mod them).

Balance
A small change that might not immediately pop from the list - enemies are now more aggressive, especially in their optimal range. They will more likely shoot instead of moving, especially at the higher difficulties.

We hope that some of the balance changes will introduce more weapon variety viability as well as make mid-late game harder (e.g. we buffed the armor of post-Callisto formers and Summoner). The latter goal is still in the works though (in the meantime play around with plasma ravagers). In general we hope that Scout got a general buff in this release to make him as viable as the other classes - between Deadly precision, Aim and the stealth vs melee improvement.

Transition levels
However, the most immediately visible change is the transition levels! No longer will people ask us how do you take an elevator from Callisto to Europa :P. We took the occasion to add some balancing too - e.g. you have all three energy weapons guarantee to appear on Io early levels.

Visual
Finally there are visual improvements with shadows and smoke effects. The former being a side effect of FINALLY fixing the Iris Pro shadow bug!

Thank you, and good luck!