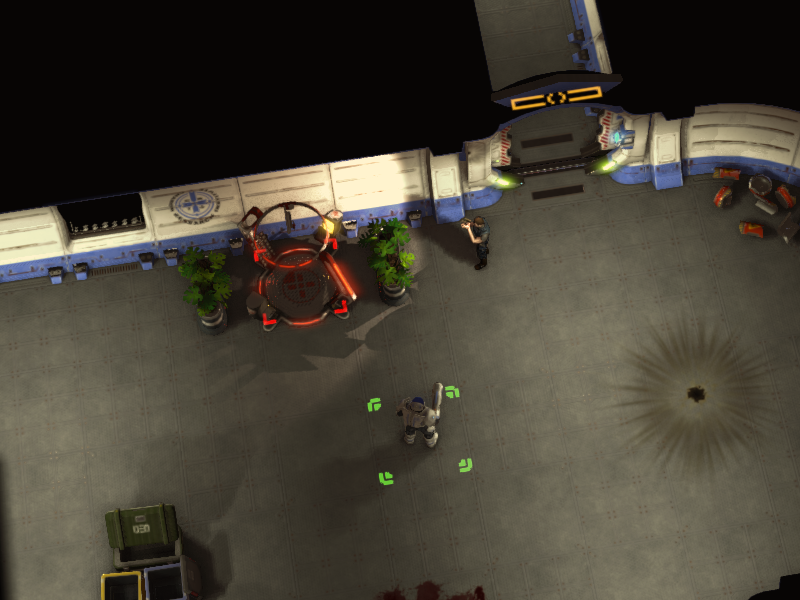 Hello marines, time for a content update! 0.8.2 is deployed and you can download it now (you might need to fully restart your client to trigger the update).

Please note there's no save compatibility - your previous run will be silently deleted. Your progress and statistics should stay unaffected.

Most notable change is the addition of the second Io branch - CRI Laboratories! It comes with its own special level - CRI Armory. We'll leave you to discover its secrets for yourself, although prepare as you would for Blacksite Vaults :P.

Second biggest change is Medical and Technical stations. They are carefully placed in terms of randomness (the bulk that you'll find is guaranteed), and allow for some control over your run. With Medical terminals you can either use them as stationary healing, extract a medkit out of them - a combination of both or even more :). Technical stations will allow you to better control your mod supply, or/and repair your armor.

Third topic of 0.8.2 is acid. You'll meet it both as a new barrel type, as well as in the furious hands of the archreavers. Due to the fact that this makes Anomaly even more deadly, we addressed the Friendly Neighbourhood Reaver issue, and guaranteed that those cozy creatures don't spawn right in your face.

Speaking of special levels, we've revisited some and improved the rewards for most of Callisto and Europa special levels. Among them you may find the newly added ADV rocket launchers and chainguns to even your chances out!

There are several smaller changes and bugfixes, most notably killing the fiend burn crash bug (hopefully for good!) and making Io and Boss Reavers not count to the 100% clear count (which should make some of you really happy).


It is quite possible that a bugfix release will follow, as our point tester is on vacation :P. Next update (0.8.3) should appear September 12th and should be more content heavy than this one!