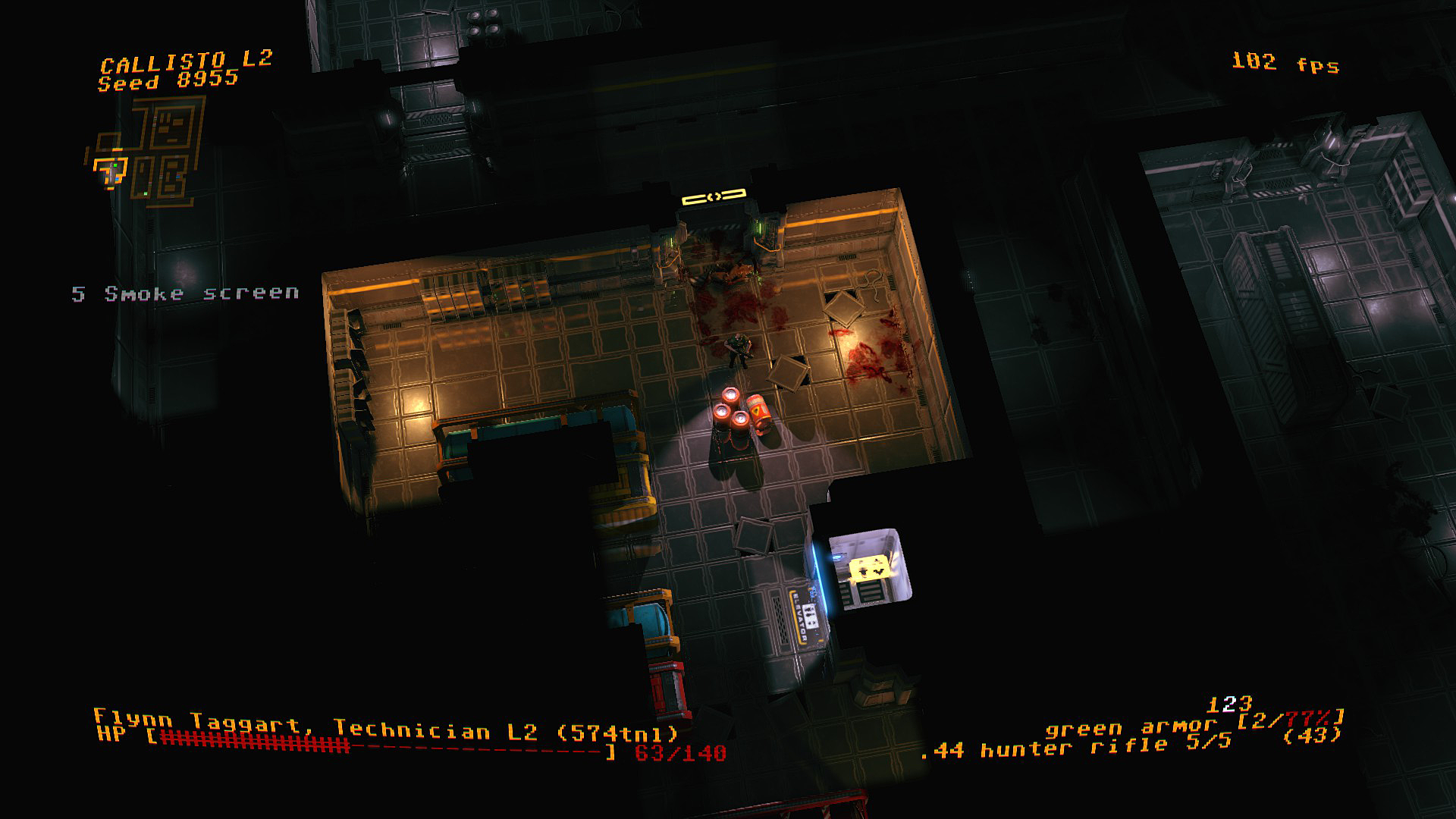 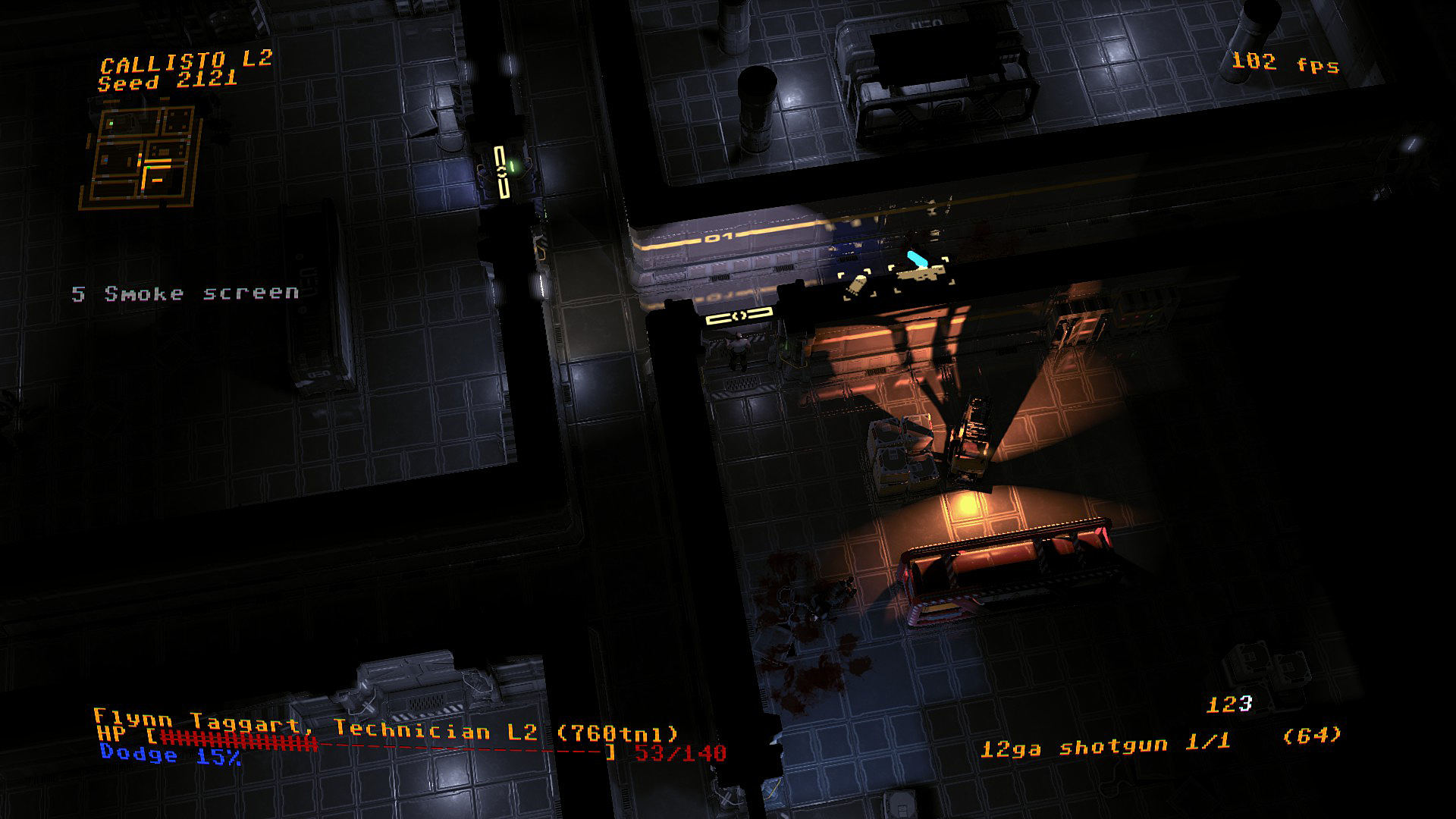 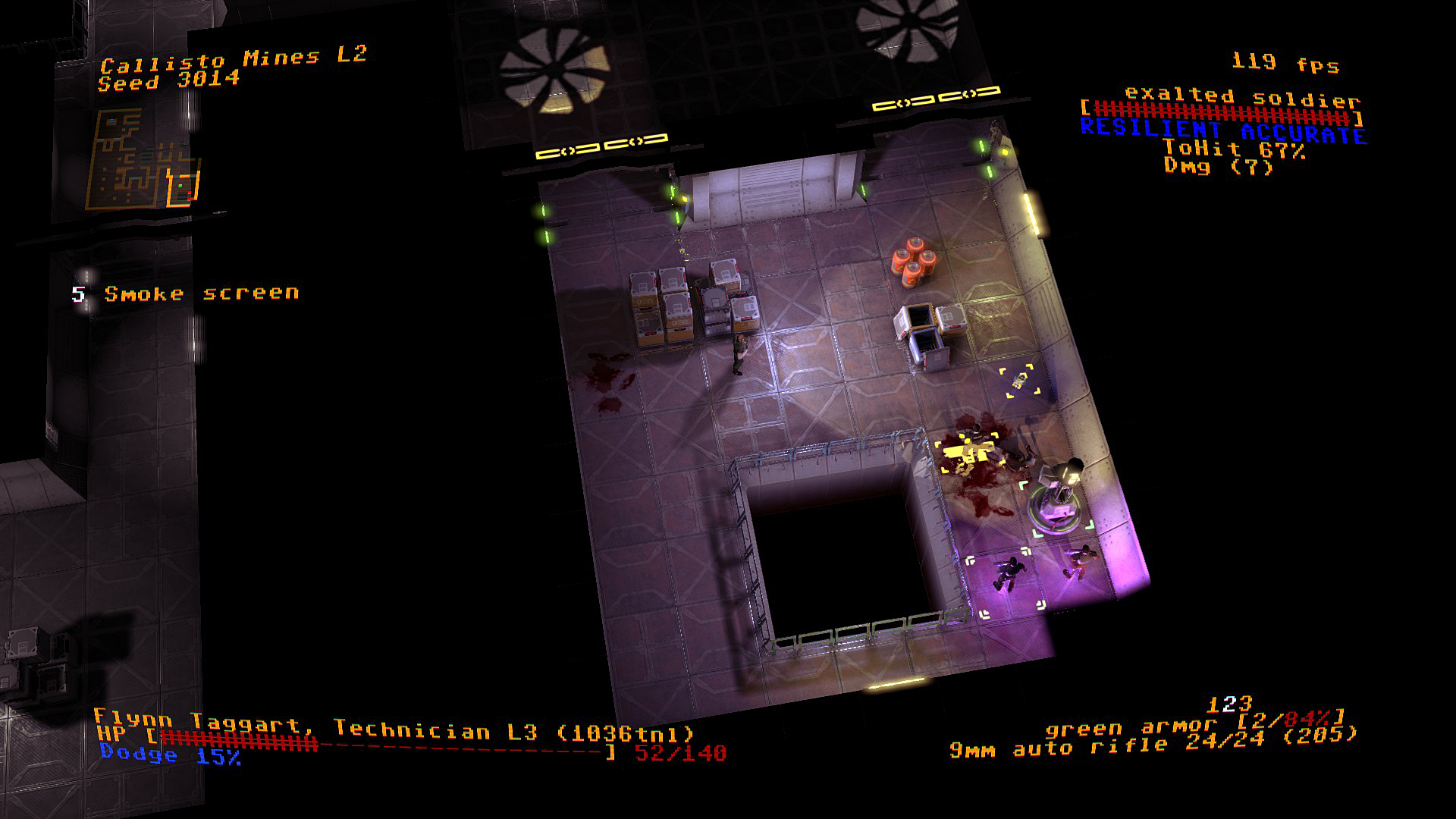 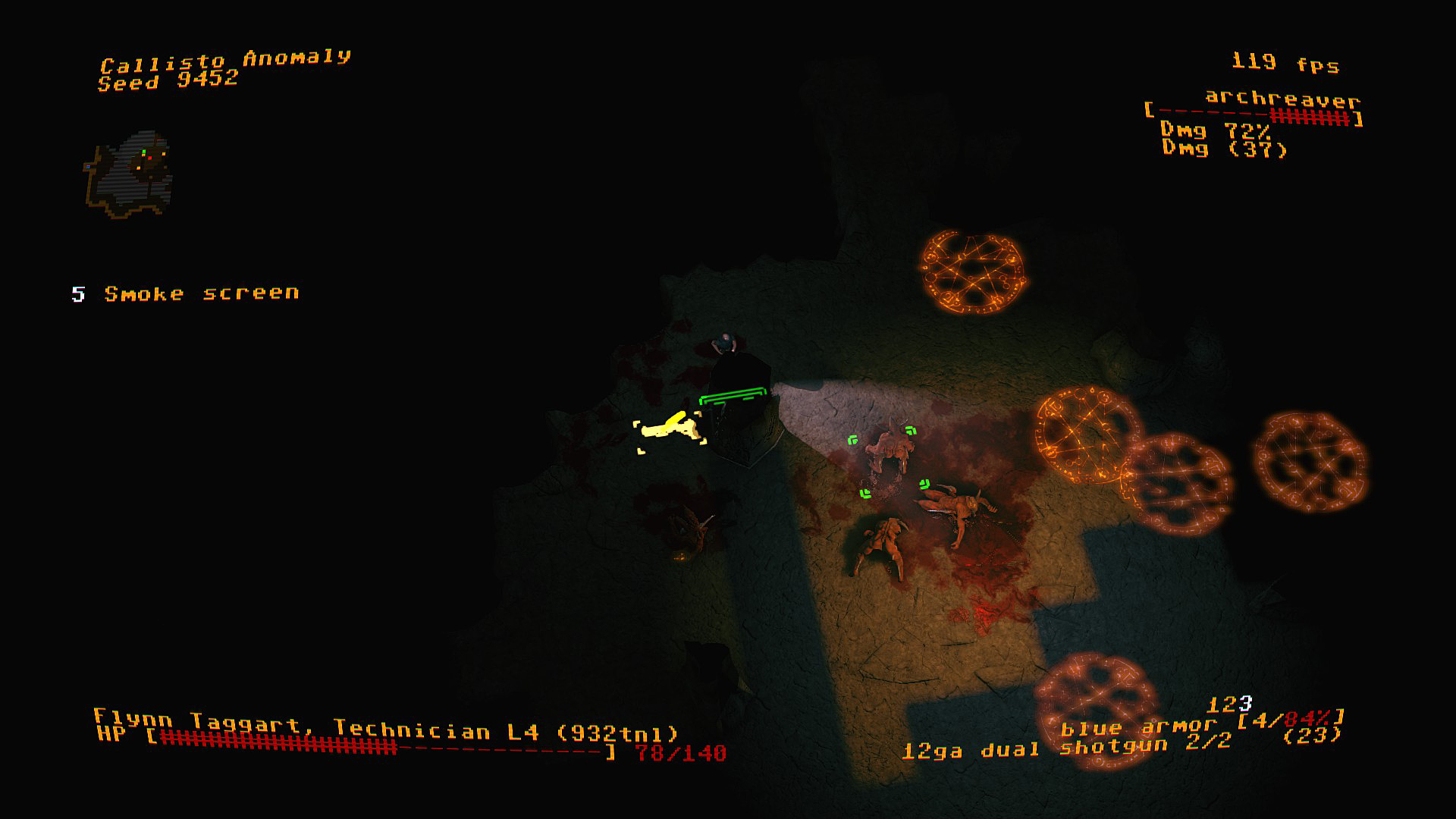 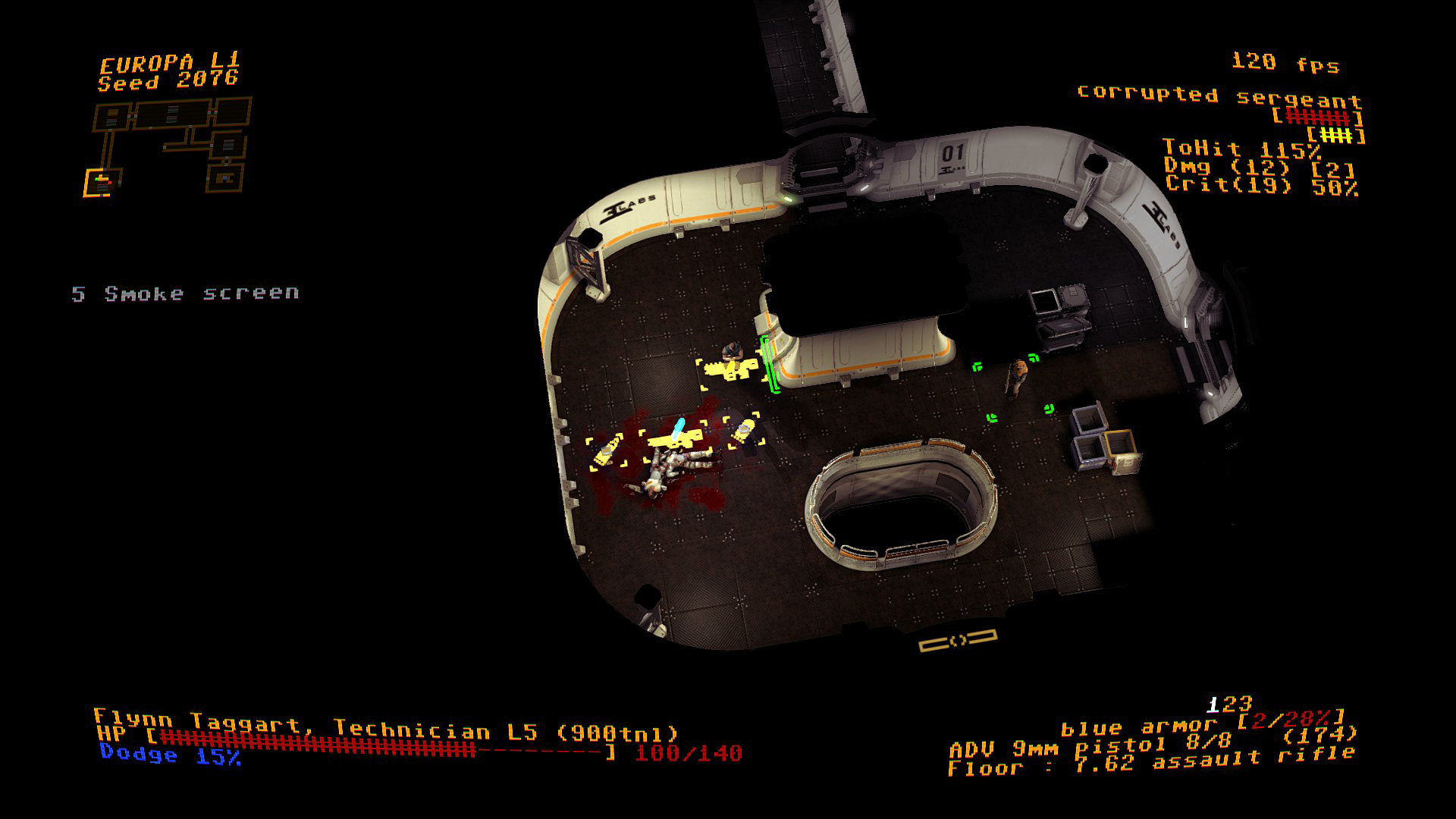 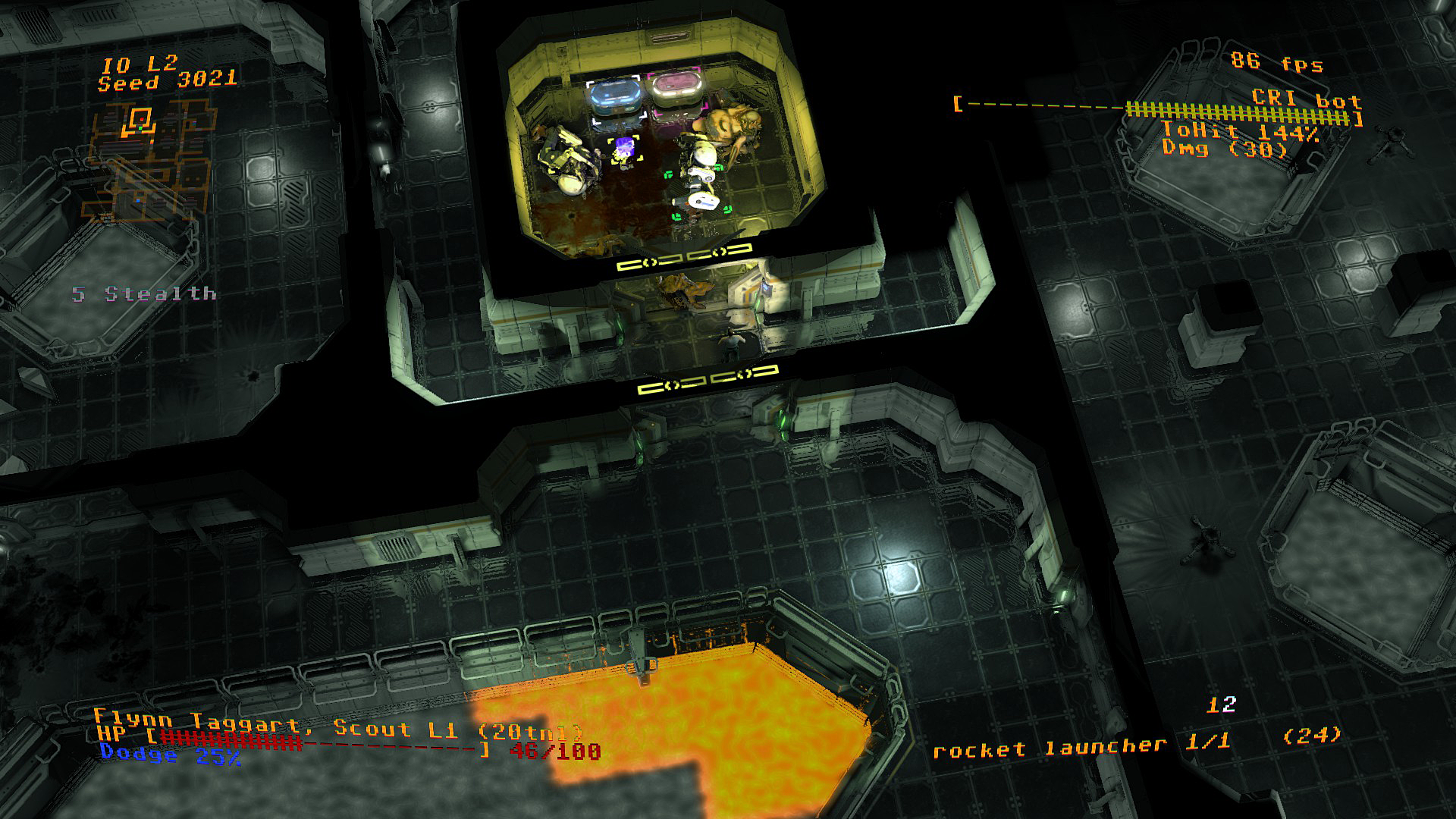 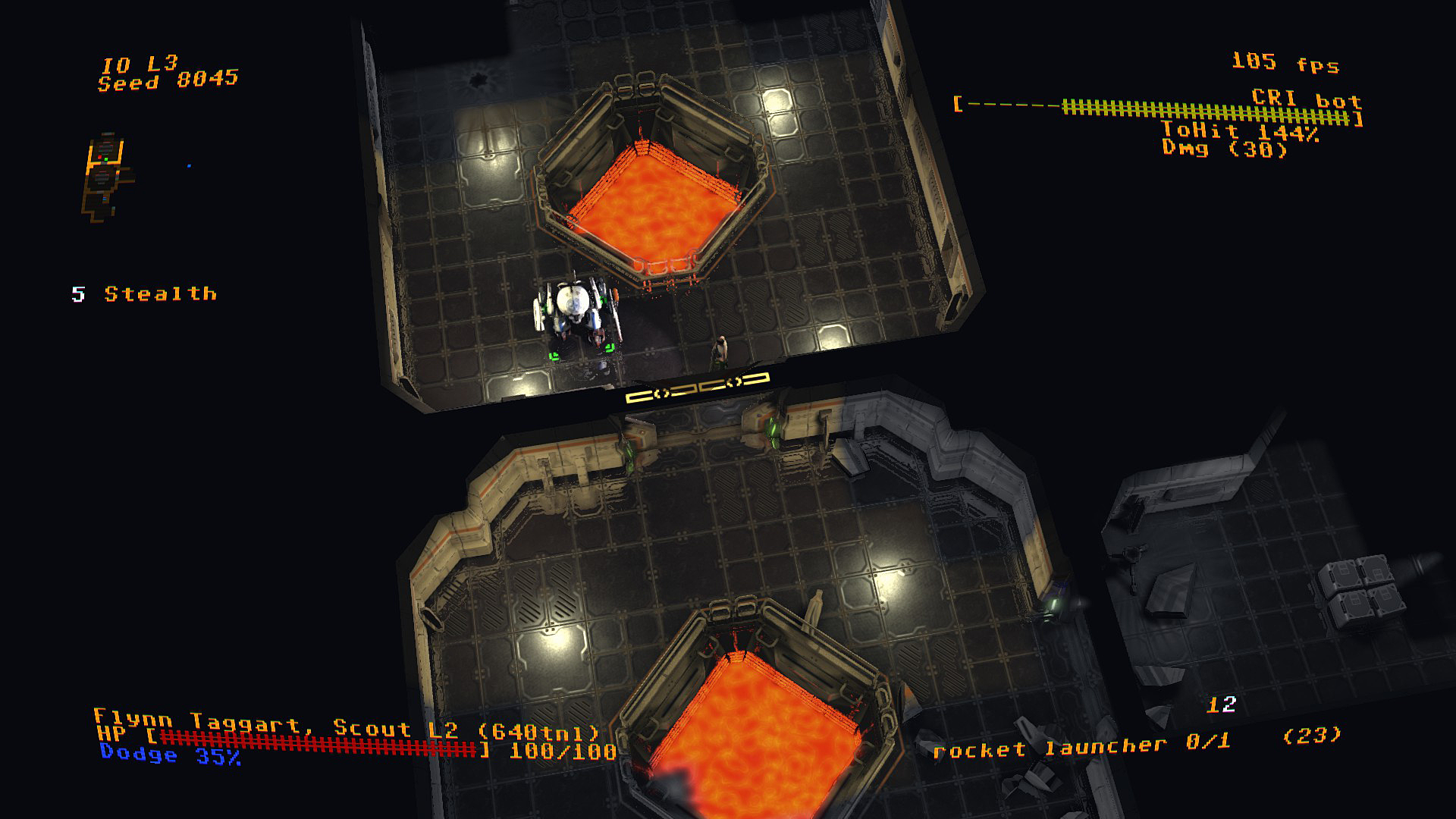 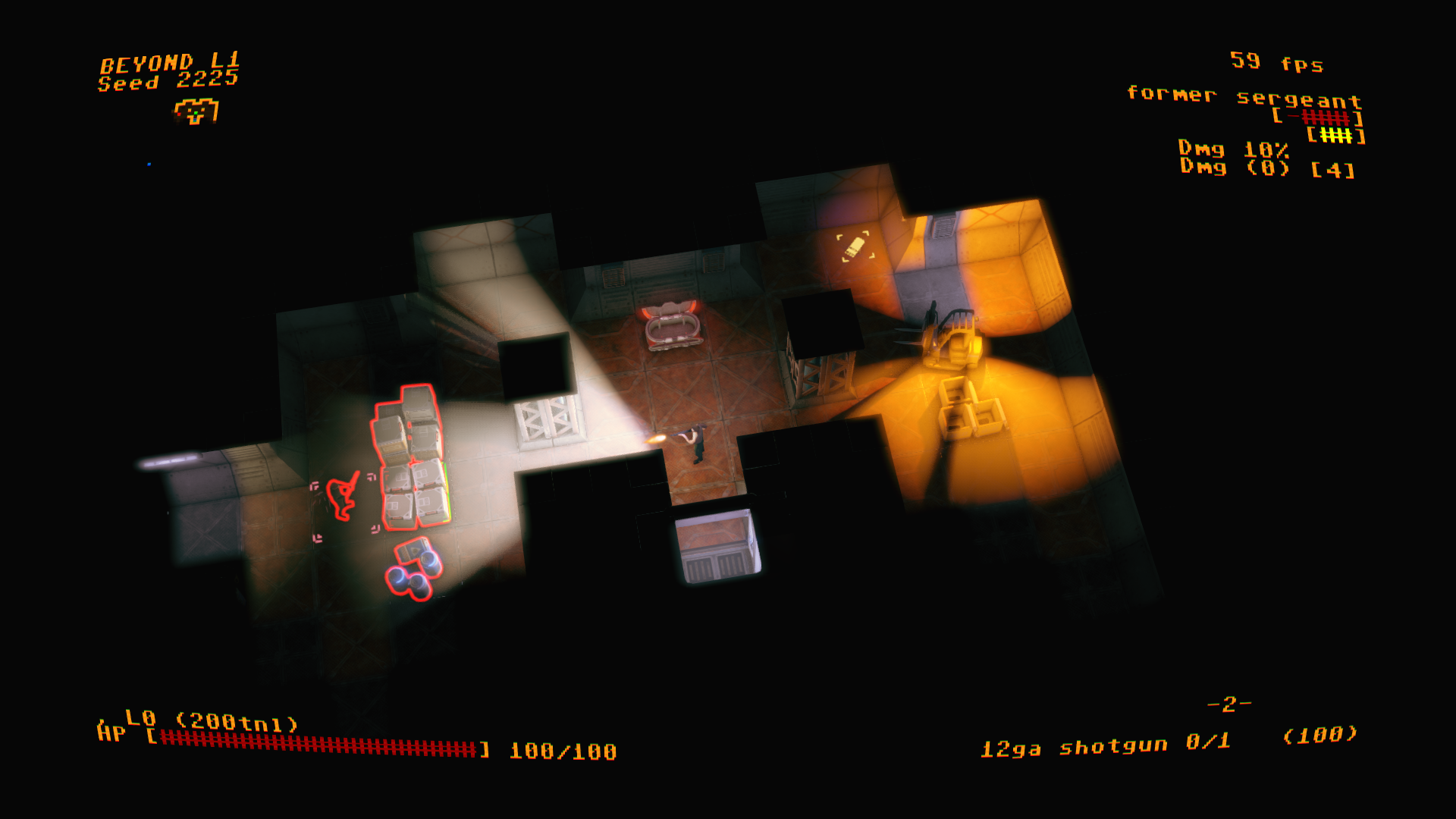 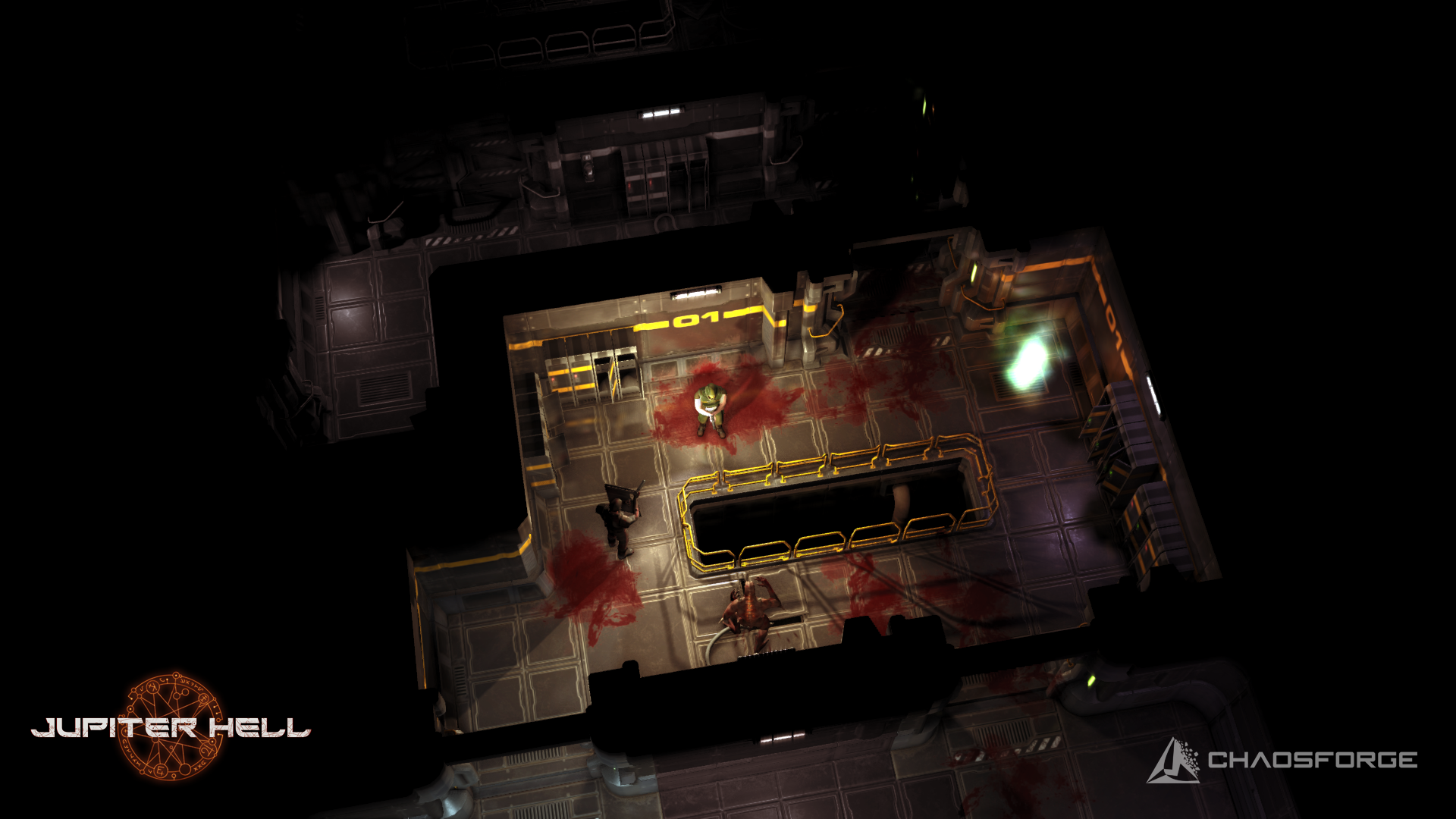 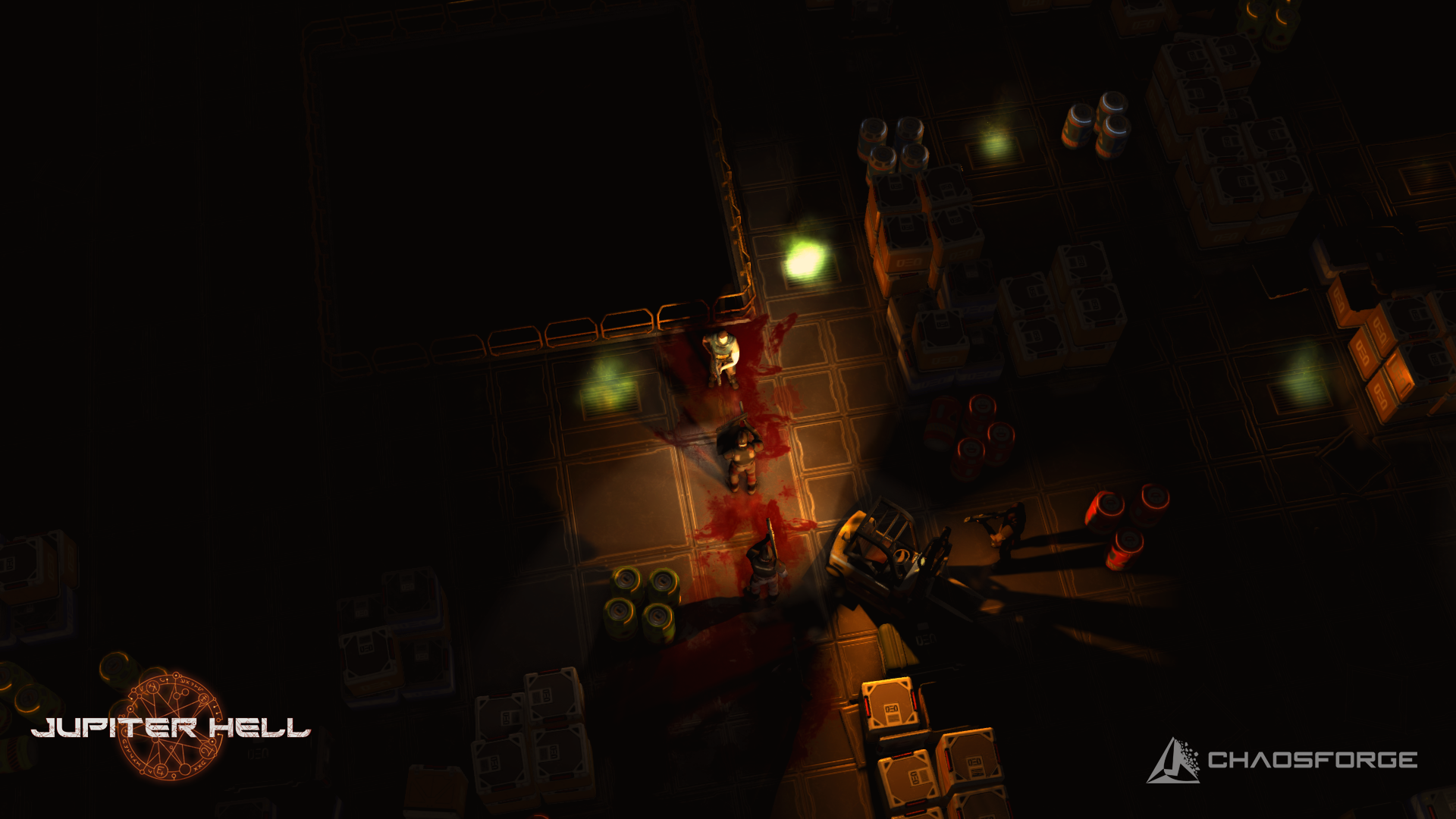 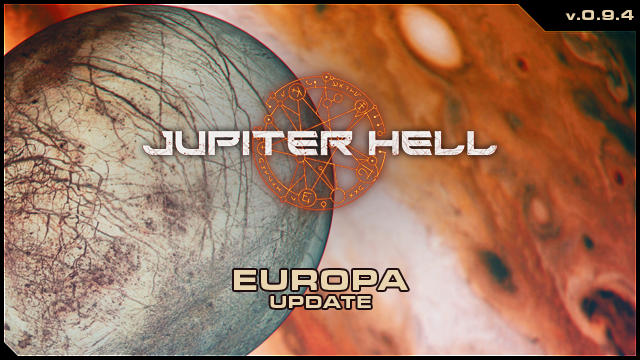 High time to attempt (no?) landings on Europa! 0.9.4 brings visual improvements to the snow-covered moon, along with revisiting of all it's generators, improvements to lighting and a brand new branch with a new special level! Additionally we added ice fiends and hyperblasters for ultimate splatter - read all about it below!

New Europa branch has been added - similarly to Callisto's branches two out of three will be generated, but for this patch only we made Asterius Habitat guaranteed to appear. As all branches it comes with its own special level, and apart from variations of old Habitat generators it actually has two new generator types that are currently fully unique to the branch.

Europa specific strain of the fiend has been added, pretty obviously cold-themed. This gives a nice counterpart to everyone's favorite cryoreavers and cryoberi :P

The addition of the cell-powered chainfire weapon leaves us with only one basic weapon that still needs to make an appearance (no cookie for guessing which, but it will come ;) ). The hyperblaster correctly works with all chainfire related traits.

We're generally pretty happy with how Nightmare turned out, it seems that almost all Diamond badges (apart from two) have already been acquired. However, two slight changes have been added. Respawned exalted will now only give experience on the first respawn (to prevent boring exp farming on level 1). To make the earlier levels more doable and less RNG-dependent, exalted soldiers on levels before Callisto L4 will now have worse equipment. This also applies to early regular game exalted spawns.

We buffed two underpowered scout masters - Ghost now reduces Stealth cost to 15 (10 at Level 2) and Assassinate keeps your dodge value after the attack (which makes spamming it much safer). We also are looking to buff Wizard and Fireangel, the former will get stronger with the hack changes coming next patch, the latter will need to wait for Fire related changes in an upcoming status effect related patch.

Apart from the above we did some more balance and visual changes, full list below:

This was a slightly thinner release as we need some time to build up background tech for upcoming releases. Next up in 3-4 weeks we'll have 0.9.5 Terminal which will bring improvements to hacking and terminals in general, stay tuned!